Since 1908, Middletown Valley Bank has been the cornerstone for our customers' financial planning, residents and businesses alike. 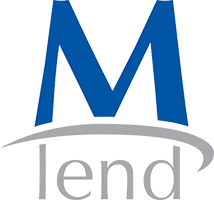 Community Heritage Financial, Inc. (OTCPink: CMHF), the parent holding company of Middletown Valley Bank, today announced that it has closed on the previously announced acquisition of Millennium Financial Group (Mlend). Mlend will continue as an independent operation under the holding company structure.

Mlend is a full-service mortgage lender headquartered in Middletown, MD with locations in Crofton, Oakland and Cumberland, MD. For more information visit http://mlend.com/.

This press release may contain forward-looking statements as defined in the Private Securities Litigation Reform Act of 1995. Forward-looking statements can generally be identified by the use of forward- looking terminology such as “believes,” “expects,” “intends,” “may,” “will,” “should,” “anticipates” or similar terminology. Such statements, specifically regarding the Company’s intentions regarding transparency, growth and market expansion, are subject to risks and uncertainties that could cause actual results to differ materially from future results expressed or implied by such forward-looking statements. Potential risks and uncertainties include, but are not limited to, changes in interest rates, stock market liquidity, deposit flows, loan demand and real estate values, as well as changes in economic, competitive, governmental, regulatory, technological and other factors which may affect the Company specifically, its existing and target market areas or the banking industry in general. The realization or occurrence of these risks or uncertainties could cause actual results to differ materially from those addressed in the forward-looking statements.

Please be advised that you are now leaving the Middletown Valley Bank website.

The link will take you to a website hosted by another party, where you will no longer be subject to, or under the protection of, the privacy and security policies of MVB. We recommend that you review the policies and terms of use for the website you are entering. MVB assumes no liability for the content, information, security, policies or transactions provided by other sites.