Since 1908, Middletown Valley Bank has been the cornerstone for our customers' financial planning, residents and businesses alike.

Since 1908, Middletown Valley Bank has been a cornerstone for our customers’ financial planning, residents and businesses alike.  Though many advances of the 21st century have made the financial world more competitive, Middletown Valley Bank continues to provide the flexibility and responsiveness only a true community bank can offer.  Our exceptional customer service – combined with state-of-the-art technology – provides our customers with the best banking experience. 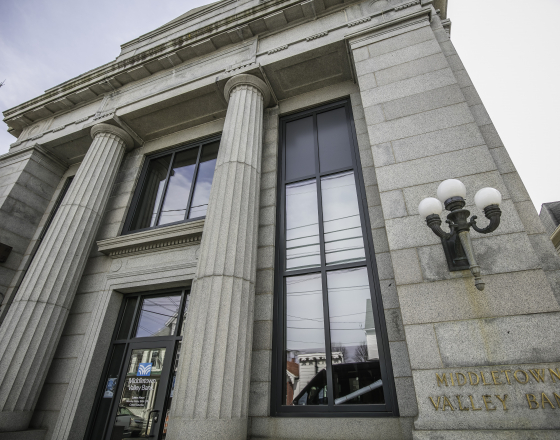 Please note email is not secure, therefore it is not safe to send confidential information such as account numbers or social security numbers.

Please be advised that you are now leaving the Middletown Valley Bank website.

The link will take you to a website hosted by another party, where you will no longer be subject to, or under the protection of, the privacy and security policies of MVB. We recommend that you review the policies and terms of use for the website you are entering. MVB assumes no liability for the content, information, security, policies or transactions provided by other sites.